Beach Life is one of the best progressive jackpot slots produced by PlayTech. Launched in November 2006, the Beach Life immediately drew payers' attention to itself. Bright and rich thematic graphics plus an impressive starting level of the progressive jackpot (from 40 thousand dollars), plus an equally attractive bonus game on the additional screen — all these are the main components of the Beach Life slot. 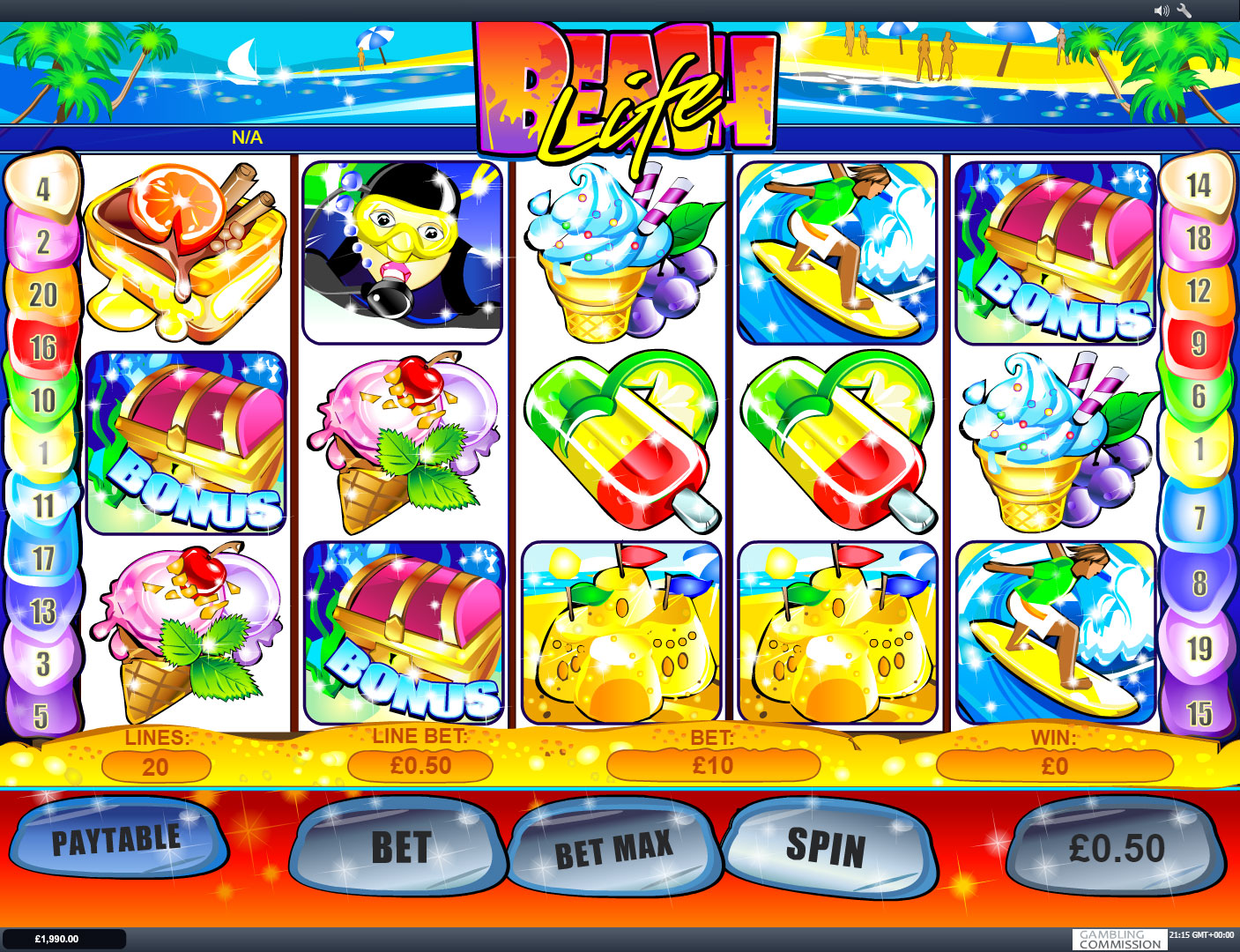 The biggest win in the Beach Life slot is the progressive jackpot. You can win it only with the maximum bet.

The jackpot chart shows many huge winnings of more than a million euros! The multi-million jackpot in the Beach Life slot for €6,215,470 was hit by an anonymous player in February 2012 at BetFred Casino. However, there are rumors on the Internet that the player received only half of this win. It is rumored also that the jackpot won at the African Palace Casino (in November 2008) — $1,058,998.83 — has not yet been paid in full to another player. But we do not know this for sure, so we close this topic. Let's hope that the recent Beach Life winnings was paid in full.

We assure you that the pleasure of playing in the Beach Life slot is incomplete if you do not get the bonus game. In the bonus game, we go along with the diver to the seabed to find a sunken treasure. But only after we receive at least three bonus symbols on the reels in a spin. Then an additional screen opens and we see 12 chests. How many chests can we open? Namely, as much as we have bonus symbols. If we have three bonuses on the reels, then we open three chests in the Beach Life bonus game. If we are very lucky and there are five bonuses on the slot reels, then the number of chests that can be opened increases up to five. Good Luck!

Where to Play the Beach Life Slot