Home » Jackpot Guides » Lottery Guides » How to Win the Lottery

Among the many gambling games, lotteries have always occupied a special place, and for this there are reasons:

Despite the obvious unpredictability of the choice of winners, over the centuries of the existence of lotteries, players have invented a lot of incredible and sometimes wild rituals that “help” them win. Lottery figuratively became covered with superstition. This is the very case when the player cannot influence the outcome, but he really wants to.

As a result, the most avid players in their attempt to attract good luck to their own side use the most incredible tricks: buying tickets on special days, praying for victory, amulets for good luck, rituals for the growing moon… You can list them indefinitely. Skeptics are likely to call such people insane because skeptics, in general, are not particularly keen on lotteries and believe that spending money on a lottery ticket is pointless. The position of skeptics is not indisputable, because the chance to win the lottery is still more than zero, but they are right about tips on how to win the lottery: there are too many of them, and there are no guarantees.

Tips to Win the Lottery

The most harmless of the tips are as follows:

Skeptics regard all of the above as a bad humor, although many players sincerely believe in these tips, skeptics consider the following to be the most useful advice: stop in time, not play for the last money, treat the lottery as pleasant entertainment and do not make crazy plans for victory. But many professional players believe that without visualization of victory it is not easy to win. The choice to believe such advice or not is yours.

So, how realistic is it to win a lottery by playing on the system and are there any?

For example, take the most popular online version of the lottery. For a very long time, traditional keno was treated like a game of luck, where either you are lucky or “visit us again”. There was no system, everyone played at random. But one day, a certain Alan Criegman, a gambling man and mathematician, corrected the situation…

Relentless keno statistics lower players who believe in magic and rituals to the ground. With numbers you cannot argue, the numbers do not lie. If we are talking about land-based gambling houses, then in keno, the return percentage is between 67-70%. A land-based gambling house has a very large edge over its guests. In online keno, the situation is better: the return percentage varies between 80-96%. If you visit a proven online casino (see our online casino section), where RNG is certified and more than once verified, then your chances of winning at keno will definitely be greater there.

A few more interesting facts: what is the probability to bankrupt the institution? If you guess all 20 numbers, then you have a chance. But the probability of guessing all the numbers is equal to… 1 to 3.5 trillion (1012)! If all the inhabitants of the Earth every second will predict the gain in keno then in 24 hours only 20 people would hit the jackpot. In the entire history of the game, there has not yet been a case of a player guessing all 20 numbers, the maximum is 15-19.

But the Kriegman system gives a real chance to move the balance of luck in favor of the player. But no, this is not a 100% guarantee of a win (!) There is simply no win-win system. In our case, we give advice to skeptics, relying on mathematics. These tips can significantly increase the profitability of your attempts to win.

The game system is quite simple. Before the draw, the player is invited to select a pool of numbers that he plans to “guess” (1-20). For each number you need to make a bet, say $1-3. The probability of losing depends directly on the player's ambition:

It is not difficult to understand from the above written that with an increase in the number of bets, the probability of guessing a number increases. The mathematical expectation on the condition of betting on 15 numbers will be better than, say, 5. But the gain will be the same. However, there is still a lot depends on the payment system of a gambling house, where you decide to catch the luck. In different online casinos, winning combinations may pay differently. Consider this before starting to play.

And yet, the system of small bets makes the Kriegman scheme as safe as possible, and if your bankroll is small, then you can choose a gambling house less scrupulously. But if you play big, then the question of choosing a place for you is item number one. Pay attention to gambling houses with progressive jackpots, a high percentage of returns and a reliable payment system for the customers.

And be attentive, sometimes the winners do not come for their prize simply because they have not carefully checked the results of the lottery.

Finally: any winning lottery strategy begins with the purchase of tickets. Good luck! 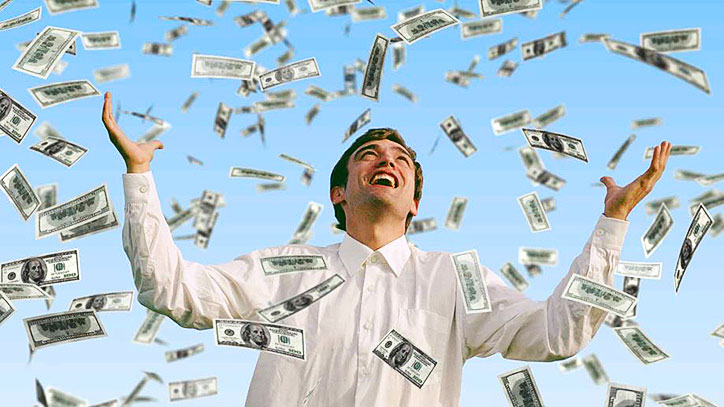 A lot of people are dreaming of a jackpot in one of the lotteries and to become carefree and secured, but the odds are not very high, aren’t they? Though lucky people still exist, they won multimillion jackpots and now spend those huge sums for their…