Among all the topics that software developers use to create their slots, the most popular is the Middle Ages — beautiful castles, kings and queens, knights and princesses.

Microgaming also could not resist. The software company has created the King Cashalot slot with progressive jackpot. Despite the fact that this video slot has been created for quite some time, it still continues to be in demand among online casino players due to the well-chosen theme and the opportunity to win a progressive jackpot, the value of which currently hovers around one million dollars. Players usually play with the maximum bet in the hope that the progressive jackpot will be won. 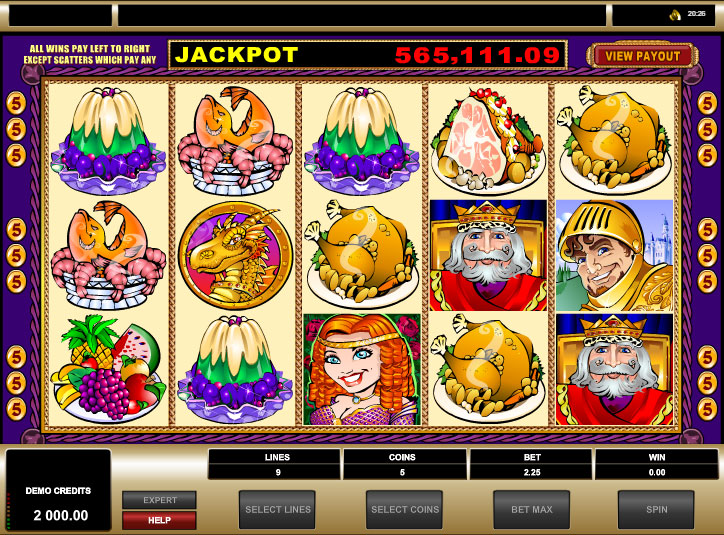 So, you are invited to the kingdom ruled by a rather funny king. There is a whole retinue in his submission, among which players will also meet a Jester, who is simple only at first glance, and, in fact, he is able to rule an entire empire because there’s no demand from the fool.

No wonder the Joker in the card deck can replace any other card. But in the Microgaming slot, things are a little different. The Jester, although it is a Scatter symbol, can please players of online casinos with only minor winnings. Players should also pay attention to the symbol with the image of the king, which in our case acts as the Wild symbol. Wild replaces other symbols in the game and gives players a chance to win a progressive jackpot if it appears in the amount of five pieces on one of the active lines when playing at the maximum bet.

Where to Play the King Cashalot Slot

The Microgaming company took care that in the King Cashalot slot, players did not go without an interesting Bonus game on the second screen of the video slot. The dragon symbol launches a bonus round. To start the Bonus game, the dragon must simultaneously appear on the second, third and fourth reels of the slot.

In the Bonus game, the player enters the royal treasury room, where the king stores the chests of gold coins. Open the chests to get the bonus reward. In the bonus round, there are three levels, or rather three rooms in each of which are several chests.

It is better not to play King Cashalot with minimum bets, because you lose the chance to win the progressive jackpot. Imagine a situation when you play with a minimum bet and suddenly one of the active lines draws up five characters with the image of a king. Surely it will be very disappointing to realize that you cannot expect to receive a practically won progressive jackpot.

Where to Play the King Cashalot Slot