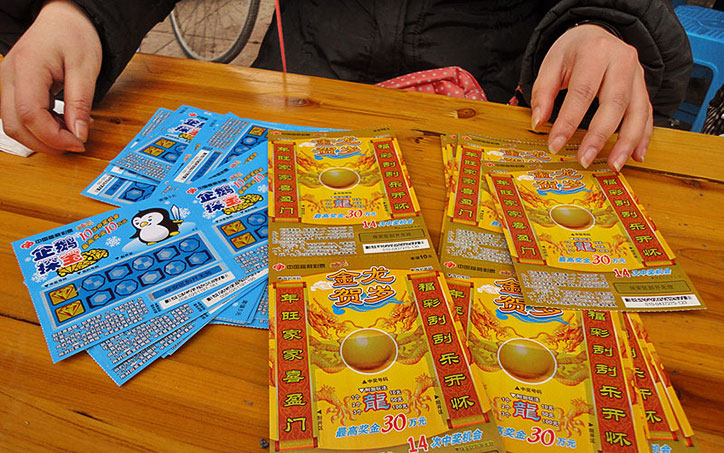 Almost every player who has bought a lottery ticket dreams of big winnings and a multi-million prize. But the single wish counts little since the lottery winning depends on many circumstances and a clear mathematical calculation.

Many people buy lottery tickets, but few of them won prizes. Most people after one or two unsuccessful attempts quit, but a few dogged players participate in the drawings for years, slowly and confidently moving to the cherished goal.

In 2012, in Beijing, there was founded a research institute to study gambling. It’s no wonder as lotteries originate in China. But the institute does not look for a winning algorithm, it is studying lotteries as a possibility of attracting additional funds to the budget and a positive role in the country's economic development.

This institute was opened at the Beijing Pedagogical University and the researcher’s git the following tasks:

With a proper advertising campaign, the number of players, and consequently, the state-attracted money, will grow much. So, the institute is developing the concept of popularizing lottery drawings based on the other countries experience and mistakes, and taking into account the of the Chinese people mentality. To fully understand the processes the origin of lotteries is studied.

For the first time in China, lotteries appeared in the 2nd century AD — it was here that the popular KENO game was born. From legends that have survived to our time, it is known that the Chinese ruler Cheng Lin came up with this game to raise funds for financing his troops and campaigns. The voluntary military tax was paid badly, but with the help of lottery drawings, he was able to collect the necessary amount fast. New entertainment was popular and quickly won a huge audience.

There was a difference with the modern game: they used 120 characters instead of numbers to choose. From some sources that have survived to our time, it is also known that the Great Wall of China was built for lottery money.

Migrating Chinese people brought the lottery to the Western countries. Hieroglyphs were replaced by numbers and reduced from 120 to 80.

As for the funds raised by lotteries, China is one of the world leaders. For example, in 2011, lottery tickets were sold for more than 220 billion yuan, which is equivalent to 35 billion dollars. The best part of the money went to social benefits financing. It is no wonder that the Chinese authorities rely hard on lotteries. Their full potential will be revealed in the next few years thanks to the results of the research institute studies.

Now in China, lotteries are used to solve some socially important issues. For example, there is a huge number of cars in Beijing and its number is constantly rising. So, the authority decided to draw new car plate numbers monthly. Anyone who wants to buy a car must first win the plate number, and it's not so easy. A total of 20,000 numbers are at stake each month, but the number of applicants for them is much more. We don’t judge how fair or unfair the procedure is, because it is a forced measure in a densely populated metropolis and it gives the expected effect. And isn’t it an elegant and peaceful solution to the existing problem?