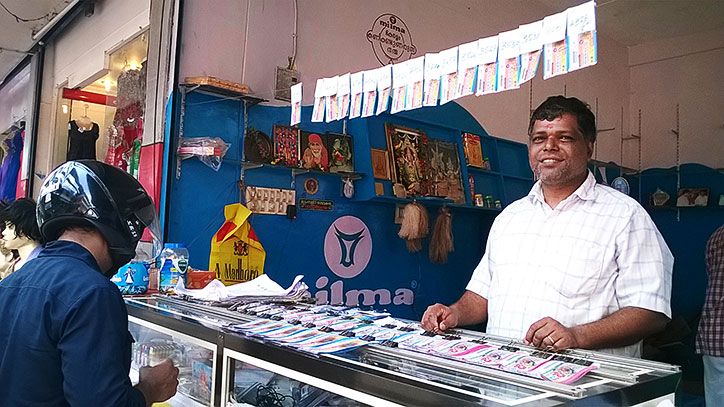 In India, as in many other countries, there are own lottery drawings. But only state lottery is legal, private lotteries are considered illegal. Nevertheless, illegal lotteries are held regularly and very popular, and the largest such game is called Matka. It is held in Mumbai and Gujarat and became popular in the 1970s.

The cost of participation in lotteries is not so much. Ticket price ranges from 5 to 50 rupees. Prize amount is depending on the chosen bet. You can buy tickets at specialized points of sale often found in the markets.

There are not many regular players in Indian lotteries due, above all, too high taxes. Poor people have no money to buy tickets regularly. But some wealthy citizens participate in drawings gladly and often.

Each Indian state has its own lottery and controls it and the more popular games are those that are effectively managed. For example, the Sikkim state lottery, the Sikkim Playwin lottery, was first launched online in 2001 and quickly became popular, so the local budget was considerably filled with taxes from drawings. A ticket costs only 10 rupees to have an opportunity to win a huge prize. It is not easy to become a winner in the Indian lottery, but it is still possible. In May 2006, a man from Kolkata won 17.29 million rupees (~$230,000) for the single ticket.

Indian Lotteries and the Birth Rate

The social and demographic situation in India greatly influences lotteries and vice versa. It's no secret that the population of India has long exceeded one billion people. Along with many measures invented by the government to reduce the birth rate is a lottery ticket in exchange for male sterilization. The method is like this: any man asked to undergo a sterilization procedure is given in exchange a weapon license or a lottery ticket for a special drawing.

In India, the majority of the population are men, and government tries to limit their ability to fertilize to control the birth rate. Some states give a free bicycle for sterilizing surgery, but a weapon license or a lottery ticket act better.

So, lotteries in India are well developed, but not very profitable: large taxes and the odds are not great. The most profitable lottery is for sterilized men. This procedure is of particular importance in India, but I would better not…