For hundreds of years, mankind has been playing the lottery. There are many of them. But, despite their boundless variety, lotteries are still could be subdivided into main types: a traditional classic lottery, a daily lottery, a mini lottery, an instant lottery, a federal lottery, and an online lottery.

Anyone has seen on Sunday morning TV screen, switching channels in search of his favorite program, a bright, cheerful lottery show. The cheerful presenter, standing near the bizarre apparatus half filled with numbered balls, calls out the winning numbers. That is how the traditional classic lottery, or "Lotto", looks like. And, by the way, the bizarre apparatus filled with balls, mentioned above, is called "Lototron".

In the traditional lottery, participants should guess the numbers that will be called out during the draw. The jackpot winner is the one who guessed 6 numbers from the pool of 47, as, in the Michigan lottery, for example. This lottery is known as "6 of 47” lottery, respectively. To take part in the traditional lottery you should choose six lucky numbers on the letterhead and trace them with a pen or pencil. Then you hand the chosen numbers to a lottery agent in any place intended for the legal distribution of lottery tickets to purchase your ticket. The cost of a lottery ticket usually does not exceed 1-2 dollars. The seller enters the combination you’ve chosen on the computer and prints out the ticket. The received lottery ticket is an important document for the player because it is the only confirmation of your participation in the lottery if you win. That is all, now you wait for the lottery draw.

Lottery draws are usually held twice a week, on Wednesdays and Saturdays. Some states have their own routine. At the draw, the numbered balls are placed in the lottery box and thoroughly mixed due to the rotation. At a certain point, random six numbered balls are thrown and called out, that is the winning combination. If all numbers called out and in the lottery ticket match, it means you won the jackpot. If there are two lucky players or more, the jackpot will be equally divided among them. If the jackpot isn’t won the sum goes to the next draw, the jackpot raises that way until it is won.

A mini lottery, unlike a traditional lottery, is held more often, and odds of winning are much higher. Both lotteries are absolutely similar, the difference is only in the pool size and numbers to guess. For example, in the Fantasy Mini lottery (5/36), which is held in Florida, players must guess 5 numbers out of 36, but in Georgia, participants of the almost same lottery (5/39) have to guess 5 numbers out of 39.

In the US, many lottery players test their luck every day or even twice a day. That is how you can play Pick 3 or Pick 4 daily lottery. Lotteries Pick 3 and Pick 4 are also known as Cash 3 and Cash 4. According to the rules of the daily lottery Pick 3, the participant chooses a three-digit number from 000 to 999, and in the Pick 4 lottery, he chooses a four-digit number from 0000 to 9999. There are some possible bet variations both lotteries, for example, it could be straight – it means "in the exact order", it could be a box — "in any order", a straight / box and, finally, a combination.

Each wager has its value. Straight and box are for 50 cents, straight / box is for 1 dollar, combination is for 3 dollars. If you place your bet on straight, then your numbers are to match the called out in the exact order, if your wager is box then the order doesn’t matter. In the case of straight / box wager, the lottery prize winnings may be doubled if the player the guessed numbers match the order. And, finally, combination wager means that the participant bets on all possible kinds of combinations in one lottery ticket. 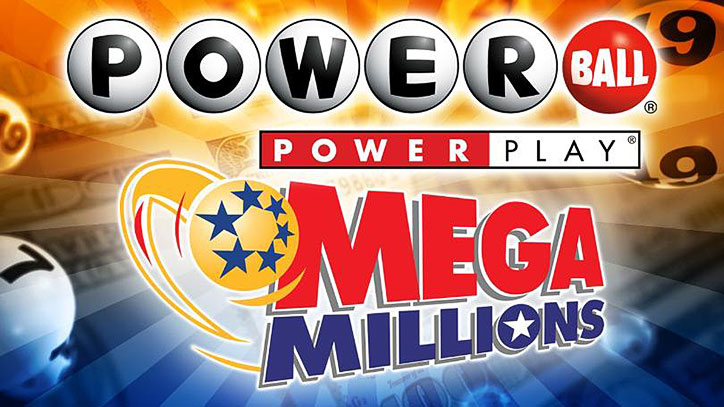 There was a time when states united for a huge jackpot to attract new lottery players. Nowadays, whole administrative-territorial units are also involved in this process. As you guessed, we talk about such lotteries as Mega Millions and Powerball.

Another federal lottery with big jackpots is Powerball. This federal lottery is held in 29 states and in the Columbia District. Huge jackpots are won by people who correctly chose 5 numbers out of 59 and plus one additional out of 39. In the Powerball lottery, even a second-tier prize can bring a significant win to a player.

You probably have already played instant lotteries, such as InstantGames or Scratch-off game. By the name you already know what you have to do to play an instant lottery; remove the protective layer from the lottery ticket. Those lotteries have an indisputable advantage; you don’t need to choose numbers, fill out forms, wait for draws or official results announcing.

The popularity of these lotteries large, because you instantly win or lose the lottery on the spot. Since a player removes the protective layer from the ticket and wins, he is immediately cashed out. The design of instant lotteries is so bright and colorful that you cannot pass by without paying attention to them. Their prize fund is much smaller than the classic lottery jackpot, but, still, it is worth playing. You can win from 1 to 50 dollars instantly.

You can buy and sell lottery ticket anywhere on the web. That was a new step in the lottery business. So, the number of online lottery sites skyrocketed. The advantage of an online lottery is the rapid provision of any lottery tickets to players around the world, regardless of their place of residence.

Today's players are free to play and win all the biggest lotteries in the world. To play an online lottery game is easy. A player should register on the site (TheLotter for example), select the lottery tab he would like to play. Then the participant chooses the draw date and a wager to place. Well, you always can choose QuickPick option if you don’t want to fill out the ticket by hand for the random selection of numbers. After the numbers have been selected, the player presses the "Play" button and the wager is added to the personal page list. Then you confirm the selected wagers and pay for them.